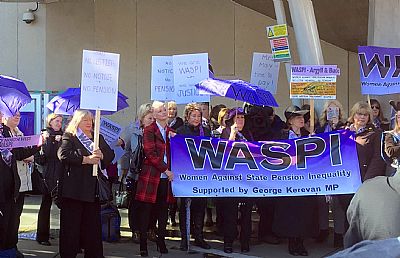 On 29 September women born in the 1950s held a rally to highlight the “social injustice” of the speed of change in the equalisation of pension age. Women are not against equalisation, but the timetable for it which has come as a severe blow to many.
Ian Blackford, Ross, Skye and Lochaber MP and SNP Pensions spokesman at Westminster, said he was delighted the WASPI campaign was rallying outside the Scottish Parliament. “The SNP published a report last week and has called upon the government to take an additional two-and-a-half years to phase in the increase." 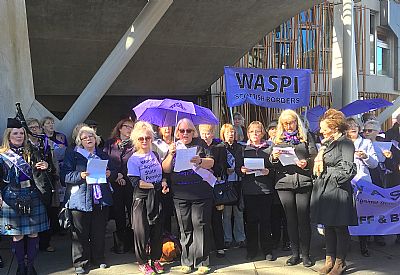 WASPI wants to achieve fair transitional state pension arrangements, something the group says translates “into a ‘bridging’ pension to cover the gap from age 60 until State Pension Age (SPA)”.

SOPA is grateful for funding received from the Scottish Government, National Lottery Awards for All and Tudor Trust.