On the Campaign Trail - 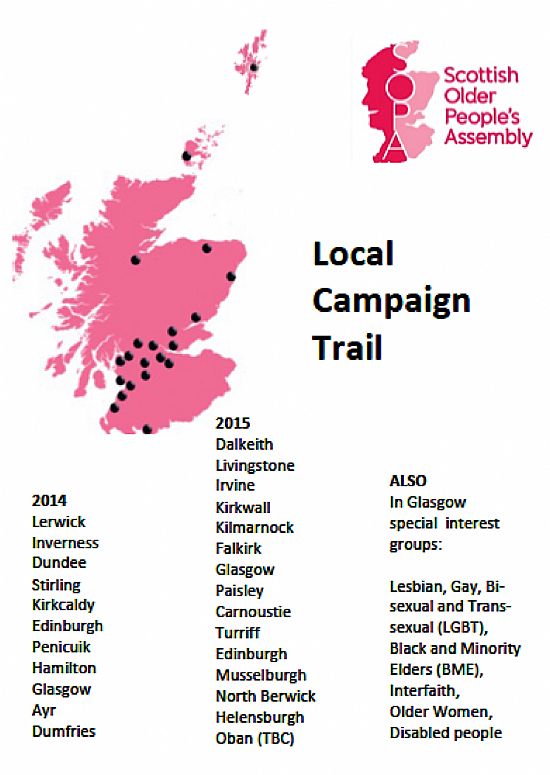 The 2-page PDF linked documents  listed below give a snapshot of priorities, how people might work with SOPA and how SOPA could work with them. Use the back button to return to the Events page.

The process of visiting local groups around Scotland continues. At the foot of this page see Campaign Trail locations and dates during August. 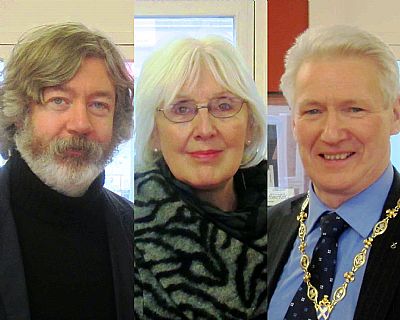 More photos and stories on SOPA's pages on 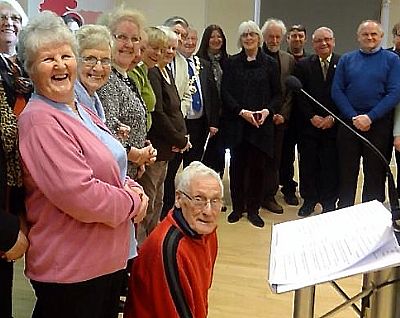 At Livingstone on 3rd February.

At Irvine on 5th  February 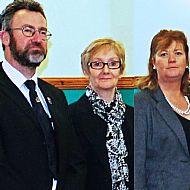 He talks about why SOPA is travelling the country to connect with people in their own towns and what this will achieve in terms of influencing government policy. 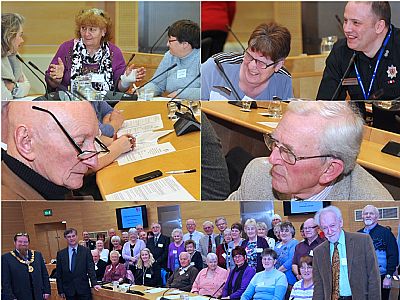 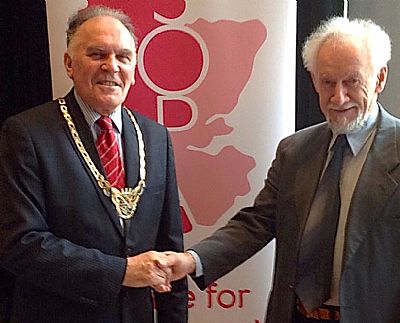 Glasgow: 10 March, Meeting with the Scottish Pensioners Forum and its members. 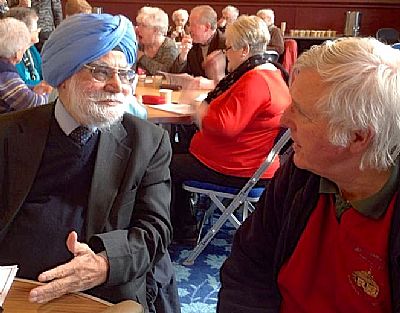 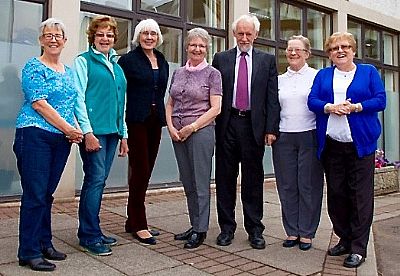 The Courier features the first visit of SOPA to Carnoustie - http://bit.ly/1J9vnxW. In the Golf Hotel people raised their concerns about potential loneliness in later life, the availability of personal care, if required and rocketing fuel costs. The Arbroath Herald also ran a feature on it. See Facebook. 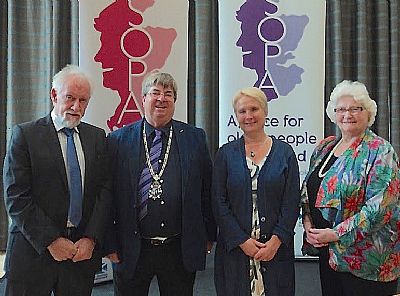 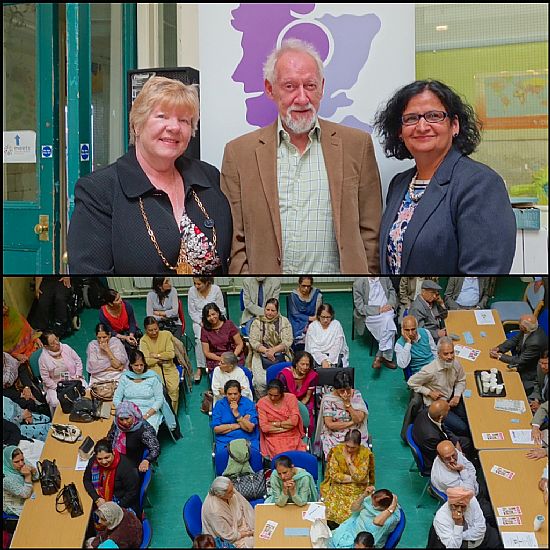 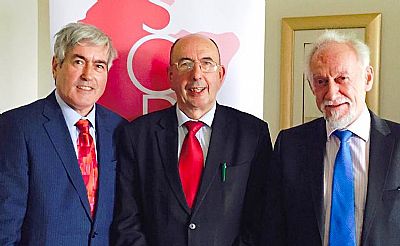 Edinburgh Evening News picks up on the event. 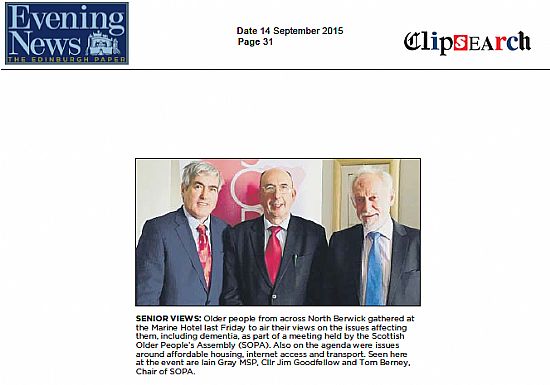 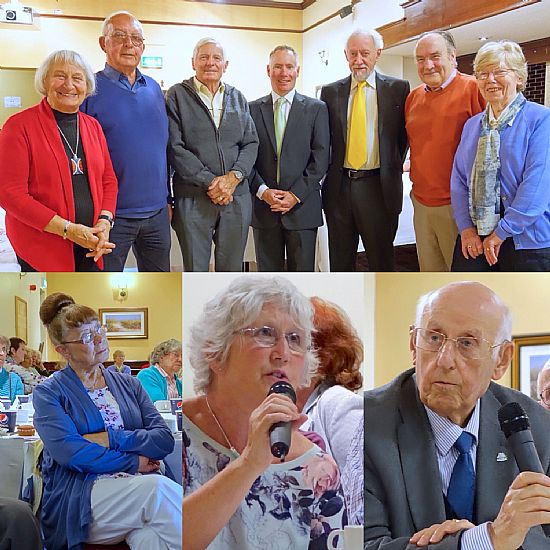 Around 60 people turned out in Helensburgh on a breezy Saturday afternoon for the SOPA Campaign Trail meeting - probably the last SOPA meeting before the Assembly in Edinburgh on 5th October. Opening proceedings, Councillor Gary Mulvaney (top picture - centre) spoke about the overall shrinking population of Argyll and Bute compared to a slight increase for Scotland as a whole. The danger is that services from the third sector, which have grown and support significant numbers of older, vulnerable people, could simply disappear because of less money on the table. He spoke of difficult decisions ahead for politicians and the importance of hearing from older people about their priorities, and also the importance of attracting new businesses and jobs to the town which would benefit everyone in the community. All ideas welcome!

SOPA chair Tom Berney (3rd right) said how pleased he was to have the people from 'Grey Matters' add their voice to others from around Scotland before the Assembly on 5th October in the Scottish Parliament. Although there are always going to be specific local issues best attended to at local level, there are also more general problems that affect people through policies made in Holyrood and Westminster. “The people of Helensburgh now have a chance to feed into this national dialogue about how we shape the future for older people in Scotland”, Tom said.

Grey Matters is a local forum for older people to become involved and have a say in community life in Helensburgh. Rob Snodgrass, the spokesperson (2nd left) joined around 3 years ago, and said the group was a lifeline for many retired people in the town who meet regularly to make contact with councillors, and support local initiatives and each other. The venture is currently sponsored by Argyll and Bute Third Sector Interface. 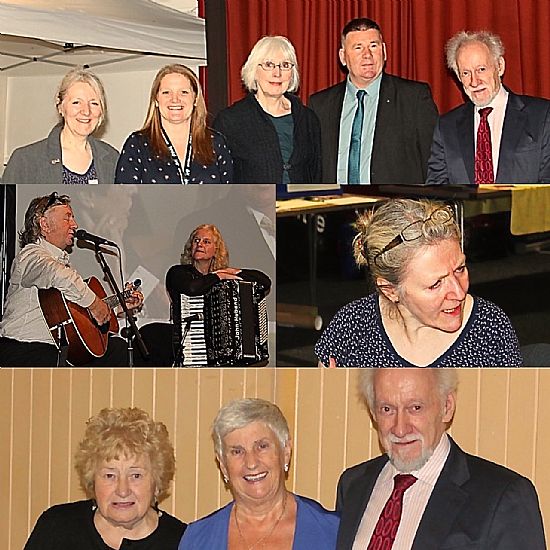 These events are funded through the Big Lottery’s 'Awards for All'. Regular updates and more details on the website are uploaded as they become available.